Restoring a Retain System From Backup

A Retain server is backed up with Reload for Retain.

A Retain server is backed up with some other software rather than Reload for Retain. Explanation:

There are five components to a Retain Server.

2. The Retain Base Directory contents

1. Reinstall the version of Retain that you are currently using.

b. Do not start Retain as of yet, you need to first get all of the components in place.

2. Copy the latest ASConfig.cfg file from the Reload for Retain backup to the proper path for the ASConfig.cfg based upon the platform. For example, on a SUSE Linux server, the path is:

4. If your Retain database is in a MySQL Dump file, undump the file in the following manner:

a. Reload for Retain backs up the MySQL Dump file into a gzip file

c. Import the Retain database in the following manner:

GRANT ALL PRIVILEGES ON retain.* TO 'retain'@'localhost' IDENTIFIED BY 'supersecretpassword'; 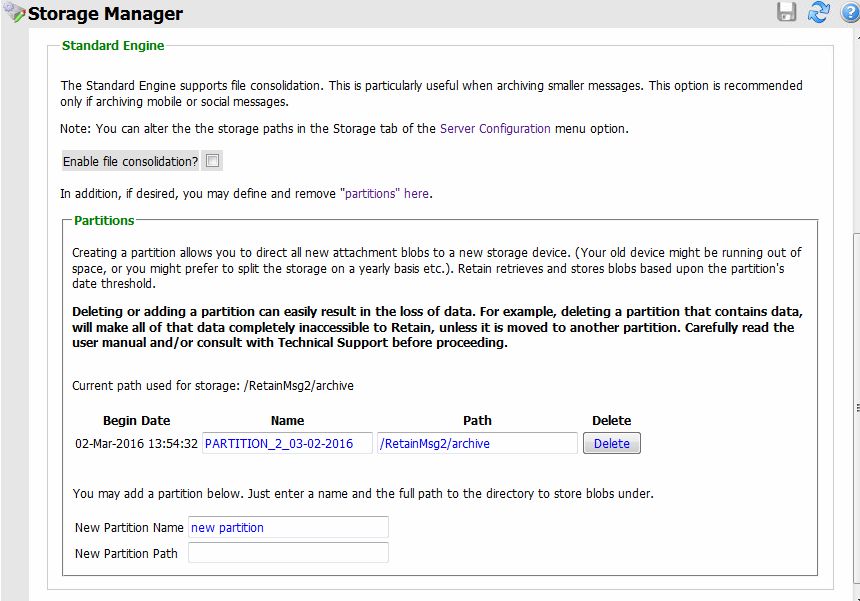 6. Indexes should be placed in the location indicated in the ASConfig.cfg file.

This article was originally published in the GWAVA knowledgebase as article ID 2811.
© Micro Focus. Please see Terms of Use applicable to this content.