SecureLogin data not saved in AD

User prompted to setup passphrase each time SecureLogin is launched.  Passphrase not saved.

"BROKER_ACCESS_IS_DENIED(-372) error returned after entering credentials when prompted during initial execution of an Application Definition.

Resolve problems with Active Directory permissions.
In this case the problem was solved with the AD ŌĆ£Users and ComputersŌĆØ utility by checking the box for ŌĆ£Include inheritable permissions from this objects parentŌĆØ on the ŌĆ£PermissionsŌĆØ tab in ŌĆ£advanced Security SettingsŌĆØ in properties of the user. 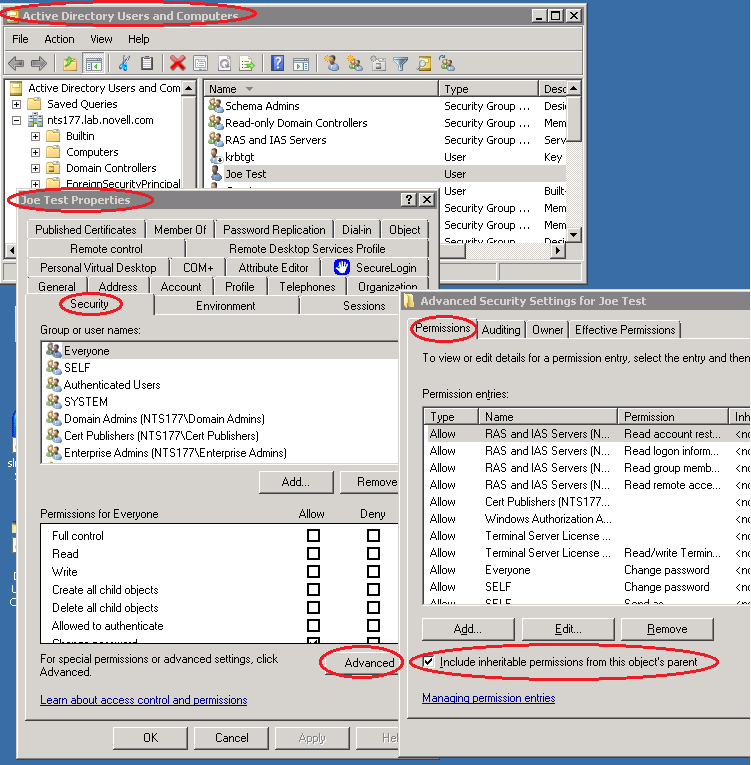 IMPORTANT NOTE:  If setting "include inheritable" on a group, use a group other than "Domain Admins" or another protected group.  If this setting is made on a protected group, it will be removed by Active Directory within an hour.  The Microsoft Technet article at http://technet.microsoft.com/en-us/magazine/2009.09.sdadminholder.aspx  provides a list of protected groups, and in the third paragraph states the following:
....the default behaviour is that inheritance is disabled on these privileged accounts, ensuring that permissions applied at the parent level aren't inherited by the protected objects, regardless of where they reside. Finally, the background process running every 60 minutes identifies manual modifications to an ACL and overwrites them so that the ACL matches the ACL on the AdminSDHolder object. 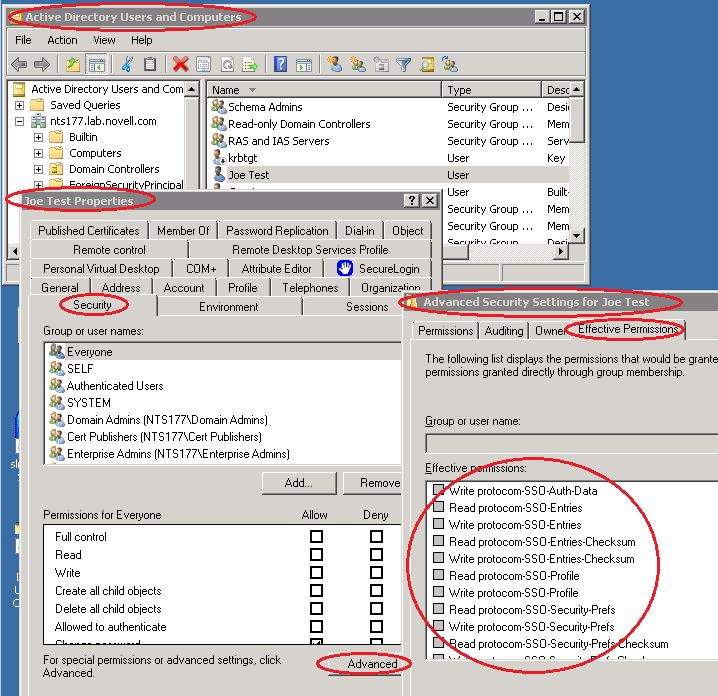 If including inheritable permissions does not resolve the problem, the following might help:

4.  Delete and recreate the users in AD.