The data inconsistency may appear when multiple VMware Infrastructure/ESX servers in a farm are connected to the same data store.

A User has discovered 3 servers of a 15 server VMware Infrastructure Server farm. These servers each have a path to 41 separate LUN's on an EMC backend storage. 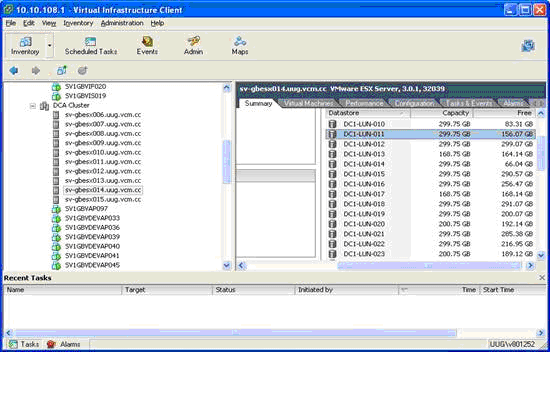 However, upon reviewing the free space of the same LUN from two different VMware Infrastructure Servers within the farm, the free space is reported as follows: 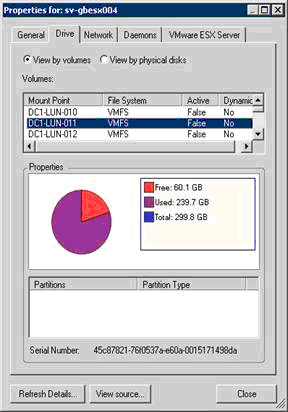 In many cases users may not be able to undiscover the VMware Infrastructure/ESX Server in the farm as there may be Incremental synchronization jobs set to the same Target Server. To resolve the issue the following steps are required: