Symptoms you may notice when experiencing problems with default IIS limitations:


This may not be as much of an issue in Retain installations that were created with 3.x and newer.  The RetainWorker will now communicate, by default, directly to the RetainServer on port 48080 thereby bypassing IIS.  If you'd like to change this for an older installation, change the connection address of the worker.  See the manual (look up "Worker Configuration") for your particular installation for more information.  You may still have this be an issue on your Exchange server when Retain tries to collect from it if there are message attachments or messages that are larger than whatever ISS is set to allow through.  This would be a setting on the Exchange side that would need to be changed.  Default is 30000000 bytes.

For getting exports out of Retain you can also choose to bypass IIS and use http://(RetainIP):48080/RetainServer.  IIS integration is more of a convenience to point users at Retain so that you don't have to deal with port information in a URL and other advantages that this can provide.

IIS, by default, limits the amount of data that can be imported by Retain.  You can remove, or at least mitigate, this limitation by changing 4 settings.  This example will be assuming you'd like to archive files up to 931 MB.

1.  You'll need to increase the limit on how much data the RetainWorker and RetainServer can push/pull through IIS.  You can do that using the following command*:

*Note: the number at the end of the command is the size you'd like to have as the max in bites.

**Note: the "Default Web Site/RetainWorker" piece may vary depending on your server setup.  See the picture in the next section.

2.  If you don't like command line you can also change it through the IIS manager.

a. Bring up the IIS manager and highlight "Default Web Site" 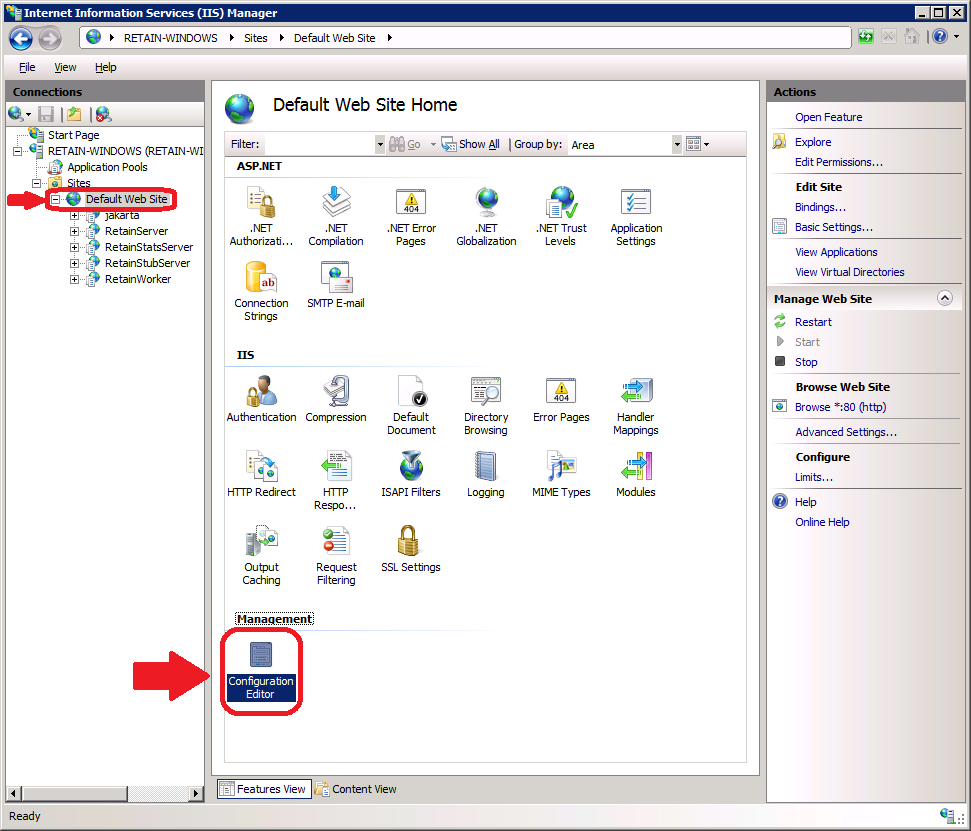 b. Double click on "Configuration Editor" as shown in the figure above.

c. Use the "Section" area drop down box to go to "requestFilterg" as shown in the following figure. 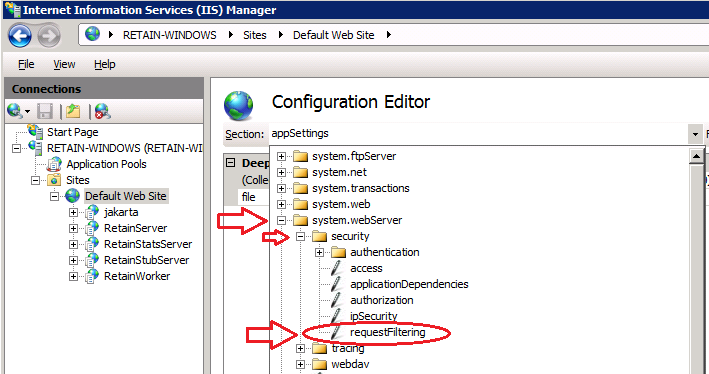 d.   Expand the "requestLimits" section.  Change the "maxAllowedContentLength" shown in the next figure to the size (in bytes) you would like to be able to pass though. 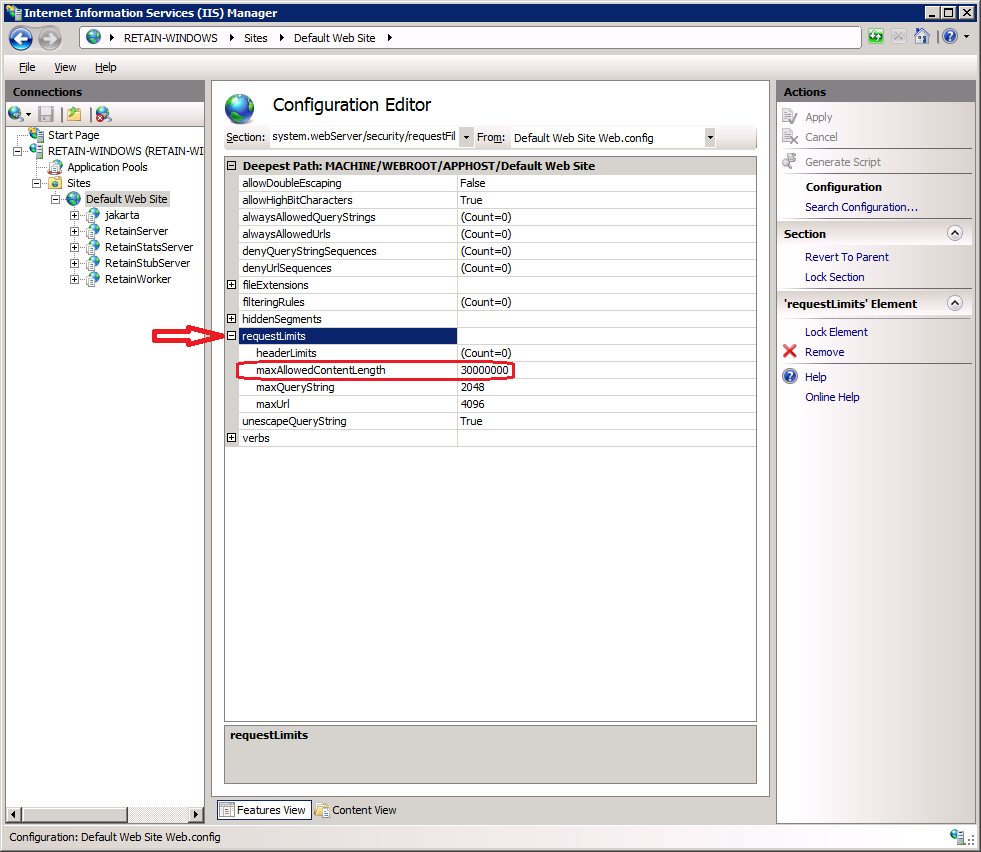 3. You may also need to change the timeouts in IIS.  To do this:

a. Open the IIS manager.

d. Change "Connection time-out (in seconds):" to the desired time. 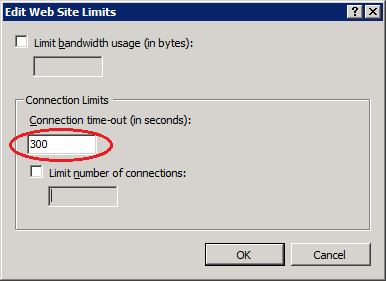 *Note:  IIS is not supported by GWAVA.  These are suggested methods for allowing Retain to archive large emails through IIS.  For further information visit the MicroSoft support pages: http://www.iis.net/configreference/system.webserver/security/requestfiltering/requestlimits
Some other useful information can also be found on the IIS forums: http://forums.iis.net/t/1066272.aspx

This article was originally published in the GWAVA knowledgebase as article ID 2089.
© Micro Focus. Please see Terms of Use applicable to this content.