After users perform a few searches, tomcat becomes unresponsive.  I have to reboot the server at that point.


We may have found the cause of this issue and it looks like it is related to VMware and not Retain. There is a setting for VMs for Memory Resource Allocation Limit. This is normally set to Unlimited, but for this VM, it was set to 4GB, the amount of memory originally configured. When the customer increased the amount of memory to 16GB, he did not realize that the Memory Resource Allocation Limit needed to be changed as well. The Windows server thought it had 16GB but VMware was actually limiting it to 4GB, so it was having to constantly swap out 12GB.

The customer changed the Memory Resource Allocation Limit to 16GB, rebooted the server, and the Retain server began humming along nicely from there on after.

It appears this can be set at the guest and the host level, so we'll provide screenshots of both. This customer did it on the Retain server VM guest.

If this doesn't resolve the issue, see our article, "Tomcat becomes unresponsive and/or CPU reamins at 100%". 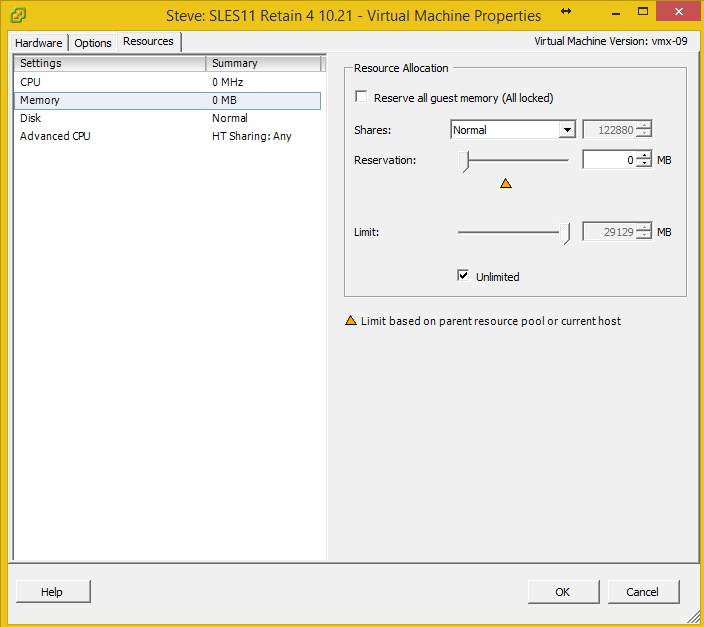 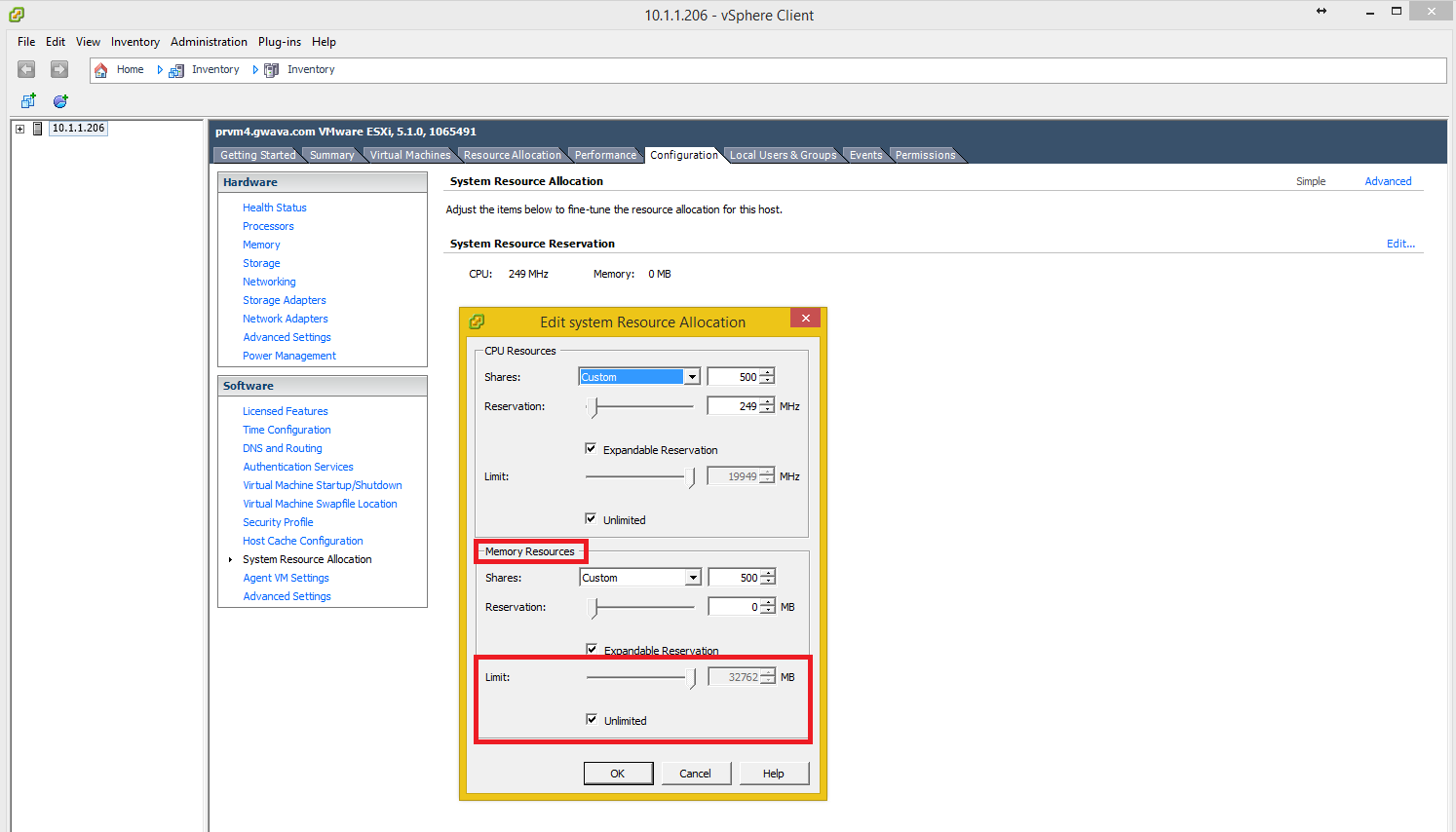 This article was originally published in the GWAVA knowledgebase as article ID 2778.
© Micro Focus. Please see Terms of Use applicable to this content.