If you were to open up a MIME.822 file or look at the message source in your e-mail client  you can identify the charset that it uses. Seen below shows you where the character sets are located and what they look like: 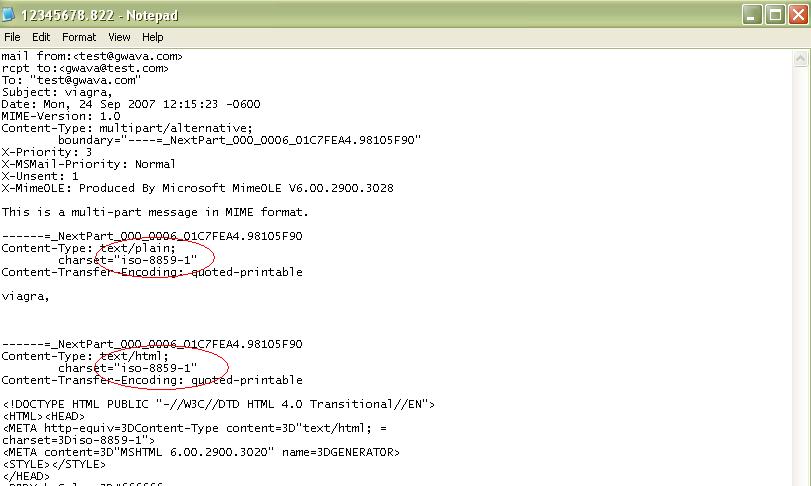 
Once you find out the character set within the mime file or the message source you can have GWAVA block these types of messages. Here is how to setup GWAVA to block specific character sets:

3) Enter in the character set that you wish to block. (Check the screen shot below for an example on how to block the Russian character set)

4) Make sure to Check to block the message.  You may check to quarantine the message if you like.

This article was originally published in the GWAVA knowledgebase as article ID 208.
© Micro Focus. Please see Terms of Use applicable to this content.