No source volumes in migration tool and migrate button is greyed out.

After building a new OES 11 SP2 server, miggui was used to try and migrate data from a volume on another server.  While both servers could be connected to, the source appeared to have no volumes (per the miggui tool).  When looking at an ldap trace of the event, a -601 was returned. 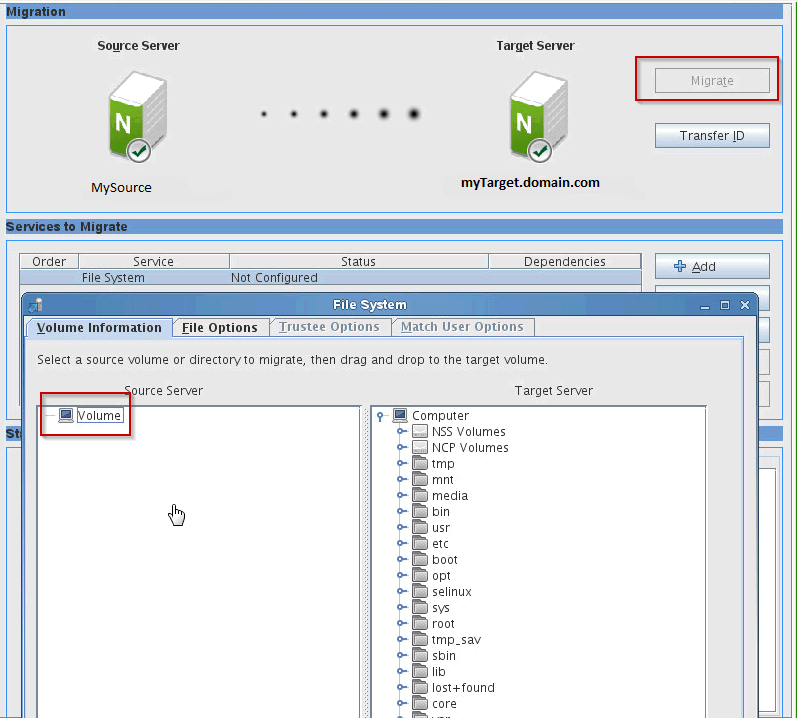 Modify the /etc/openldap/ldap.conf to contain proper information and/or comment out incorrect lines with a pound (#) character.

An autoYast configuration file was used to build the server.  It contained information for the base parameter which is invalid for this tree:

When an ldap query was made to show the volumes on the server, it would fail as the base of the search (dc=example,dc=com) does not exist in the tree.