Verify that there is an nfapCIFSDialect attribute on the NCP server object and it is set to 4.

1. Open iManager and select Directory Administration -> Modify Object
2. Select the NCP server object for the server having CIFS login issues
3. Select the 'other' tab
4. Highlight the nfapCIFSDialect attribute and either modify it or add it from the Unvalued Attribute list if it is missing
5. Confirm that the value is set to "4"

This is a LAN trace of an authentication attempt when the server is in a 'broken' condition.  Notice the response in frame 7960 "Negotiate Protocol Response"  Under the NetBIOS Session service header, you'll notice how the SMB section does not indicate any type of protocol response. 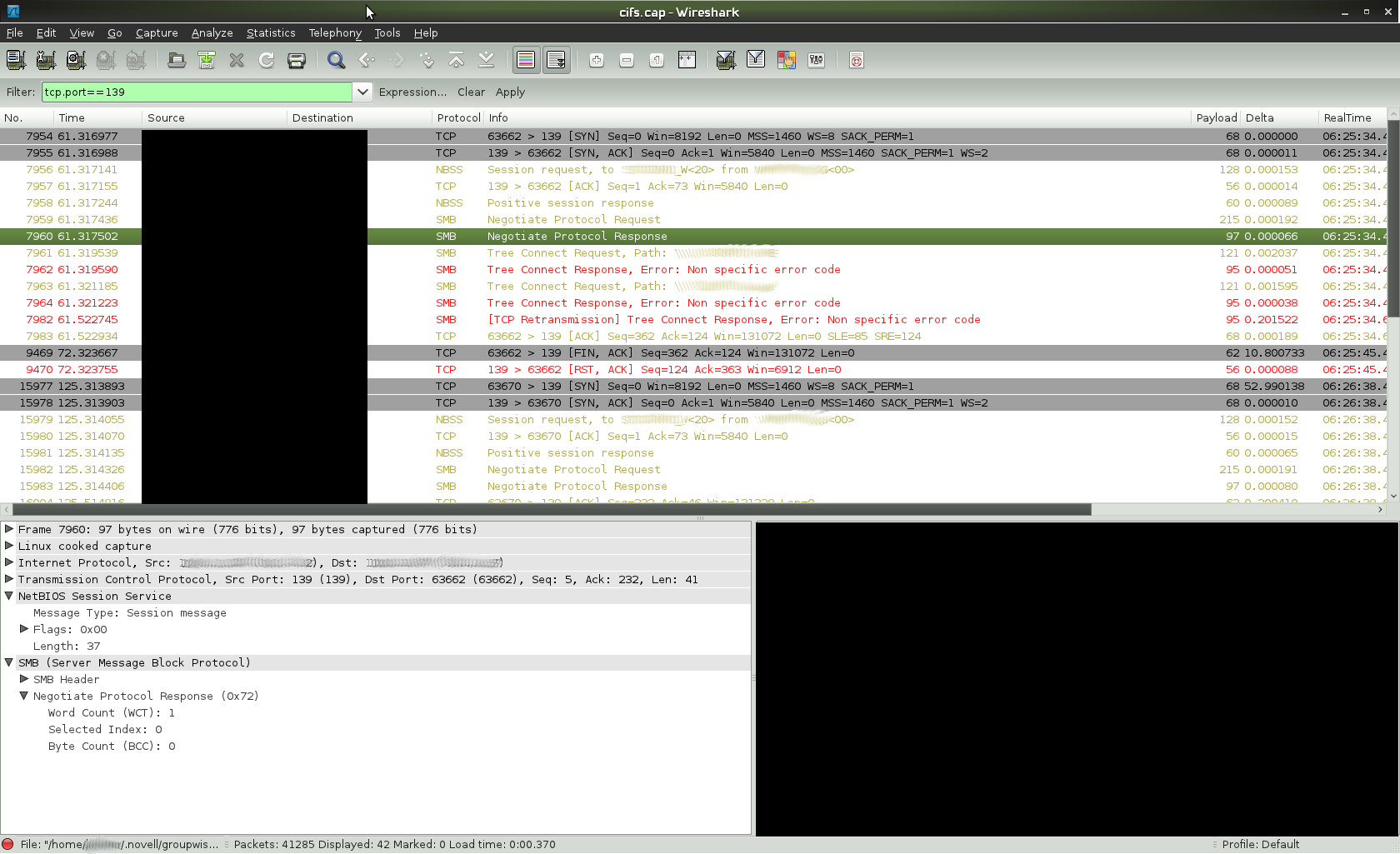 This second screenshot of a trace shows what an 'appropriate' response should look like. 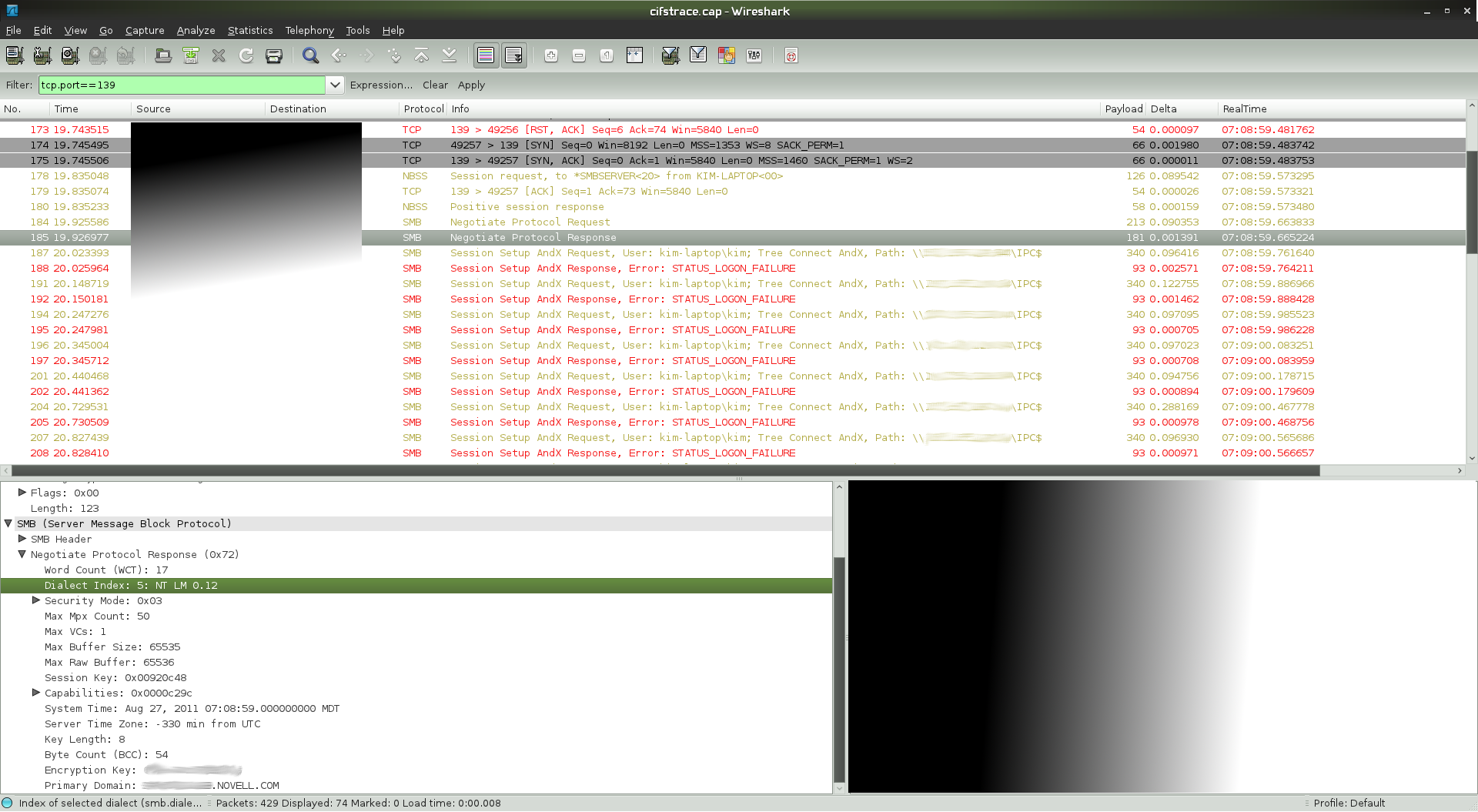