Why is the "AppManagerAgent" version different then the "UNIX" version for my UNIX machines? 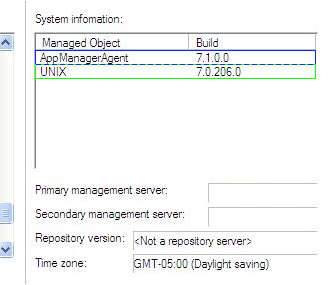 While looking in my operator console at my UNIX system, the AppManagerAgent version (blue) is different then the UNIX version (green). What causes this?

Run the Discovery_UNIX knowledge script on the newly upgraded machine.