Both servers have two QLogic 2200 HBA cards; each card is connected one of two IBM ESS (Shark Storage) units. Each HBA card is zoned for a specific IBM ESS unit.

LUNS (devices) are being assigned from both IBM storage units.

LUNS are assigned to both servers when additional disk space is needed.

Additional LUNS (devices) were added to the two servers in the cluster.

The problem started after addition space was assigned to each of the pools on serverNovellrocks-07. Server novellrocks-cl7 can see all pools while server Novellrocks-06 can see all but three pools.

The HBA cards on Novellrocks-06 were both set to 64 LUNS (the default).

To change the HBA card settings, you must reboot the server and wait for the prompt "ALT-Q".

This opens the QLogic Menu which allows you to get the MAC address, used in zoning, and allows you to change the card settings. Highlight "Configuration SettingsŌĆØ and press enter. 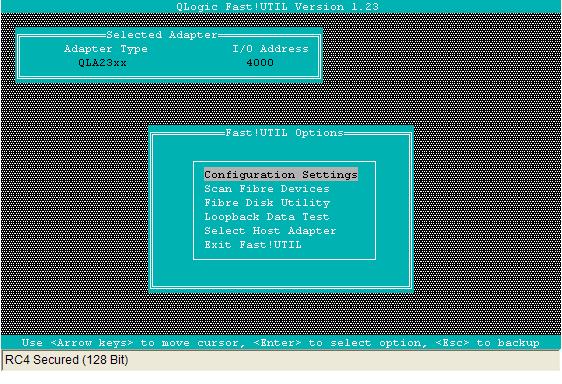 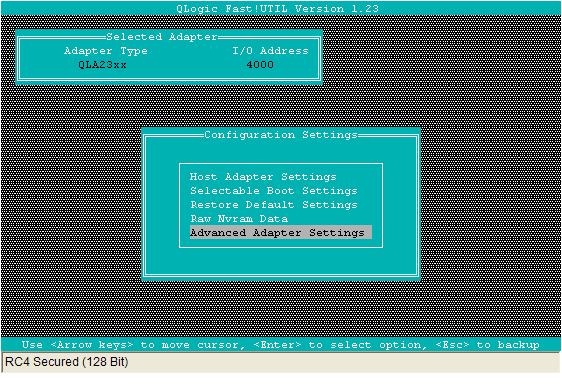 Notice in the screen below that the Luns per Target is set to 256. The problem was caused because it was set to 64 which were below the number that had been assigned. 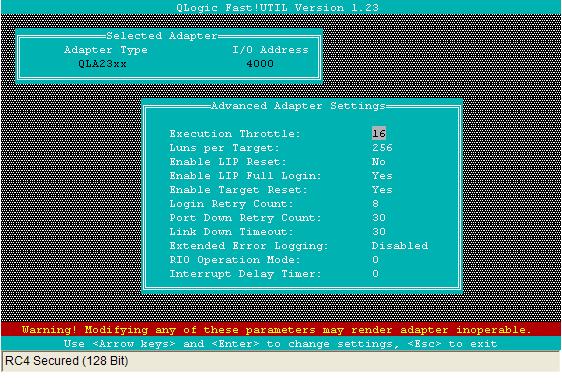