A package has been deployed to a Group or selected workstations, the end user does not receive a reboot notification.
ZPM┬ĀUpdate is not notifying users of a reboot, even when the Reboot Notification option is selected during package deployment. Users may receive:
Following are four known scenarios in which the reboot notification option does not function as expected prior to a deployment requiring a reboot.
Scenario #1
User is logged in to a Windows XP machine as Guest or is a member of the Guest account. When a user is logged on as Guest or is a member of the Guest account, the ZPM Desktop Deployment Manager (PDDM) which is responsible for displaying notifications does not load into memory. (2811)
Scenario #2
The ZPM administrator selected the Use Policies option in the Notification Options screen of the Deployment Wizard. When this option is selected, there is no PatchLink reboot notification dialog but the user receives a two minute reboot warning from Windows. This is a known issue. (3924)

Here are some things to check:
1.┬Ā Make sure that the "Reboot Notification" check box is upper most window 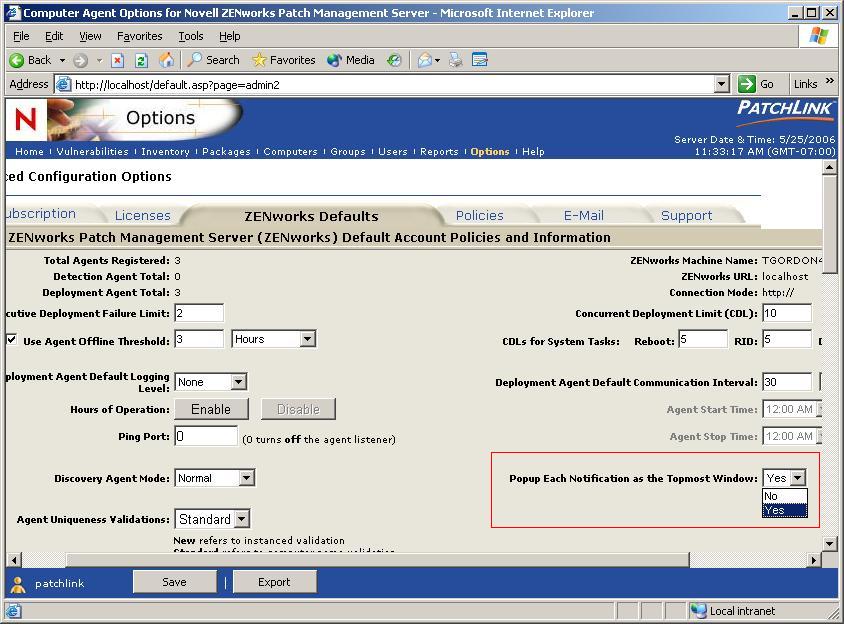 2.┬Ā Check to see if there is an agent policy that might be in effect over the default configuration.
3.┬Ā Make sure that under HKLM/Software/Microsoft/Windows/Current Version/Run there is a string value for PDDM (some Antivirus and SpyWare programs can block programs from writing to the Current Version/Run key) 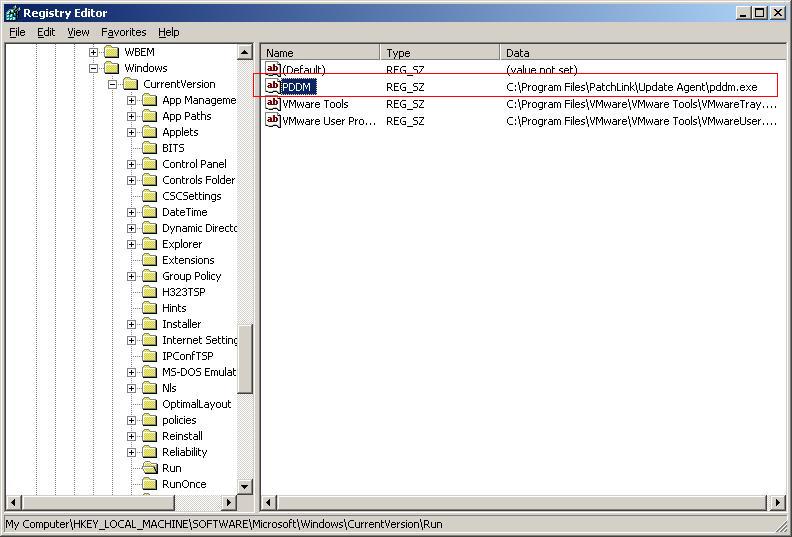 4.┬Ā Check to see if the user is a member of the local or global guest account. (If a user is a member of this group, the PDDM will not give the "vote" option, the workstation will reboot right after the package as been installed.)
5. ┬ĀCurrently, there is a bug that has been reported where, if you create a custom group and deploy a package through the groups vulnerabilitys tab, it will ignore the reboot notification. This is set to be fixed in a future release.
Resolutions for Scenerios:
Scenario #1
The current workaround is to back-rev the ZPM Update Agents to version 6.1.2.112. Refer to PatchLink Article 281 for instructions on downgrading your 6.2.2.181 agents to 6.1.2.112.
Scenario #2
To notify users of a reboot and use the agent policy for Cancel, Snooze, and Delay settings, use the radio button option Notify users of the reboot and place a checkmark beneath Use Agent Policy next to each of the Reboot Options. 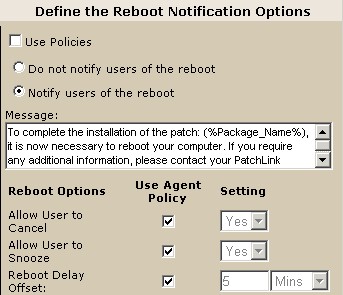 Scenarios #3 and #4
The fix for these scenarios includes a new DLL and two modified SQL scripts which have been rolled into a self-extracting executable. Apply the fix as follows:
© Micro Focus. Please see Terms of Use applicable to this content.